Today’s stage starts in Castellania, the birthplace of Il Campionissimo (Champion of Champions) Fausto Coppi. He was born in September 1919 just a few months after Costante Girardengo, known as Campionissimo no.1, won his first Giro d’Italia. The fact that Girardengo comes from Novi Ligure only a few kilometers away makes this area highly significant in the history of Italian and world cycling. But perhaps both riders wouldn’t have been able to reach the heights they without a third character from this otherwise unassuming little area on the Piedmont and Liguria border.

Biagio Cavanna, born in Novi Ligure in 1893 was a boxer and track cyclist turned trainer and masseuse whose reputation reached legendary and even mythical status. Based in Novi Ligure throughout his life he built up stable of riders, champions and gregari alike mentoring them in all things from training to sleeping. Cavanna was a guru much like the Maharishi but instead of rich hippies going on a pilgrimage to seek his blessing and find themselves it was poor young men travelling from all over Italy, wanting to escape the drudgery of a lifetime working in the fields or factories, hoping Cavanna would accept them as  cyclists of merit. And just like the yogi claimed transcendental power it seemed like ‘The Wizard of Novi’ held magic in his hands as he got to work at his massage table.

Cavanna’s relationship with his riders was similar to the master-disciple relationship in a religious sect. He was an all or nothing type of trainer who demanded strict discipline and obedience. The riders would be woken up before five every morning for coffee and bread and then get sent off on a 200 km ride, partly timed and partly riding as a group. This happened no matter the weather, Cavanna’s philosophy was: ride each and every day. After the riders came back he would check their muscles to see if they had ridden all the way and hard enough, which they usually did as he was prone to fly into terrible fits of rage. Each evening all the riders and their master would sit together at a large table to eat and inevitably the conversation turned to cycling. They all literally lived and ate cycling. After the meal everyone was expected to have an early night and it would be a rare occurrence for a young rider to sneak out late at night to have some fun as Cavanna would have found about it from one of his spies in the small town and he was even known to knock on doors late in the evening to make sure everyone was tucked up in bed. He was so strict that even the focused Costante Girardengo, Cavanna’s first star pupil, who abstained from sex around races found his creeping around town checking up on what he was doing to be too much at times.

END_OF_DOCUMENT_TOKEN_TO_BE_REPLACED 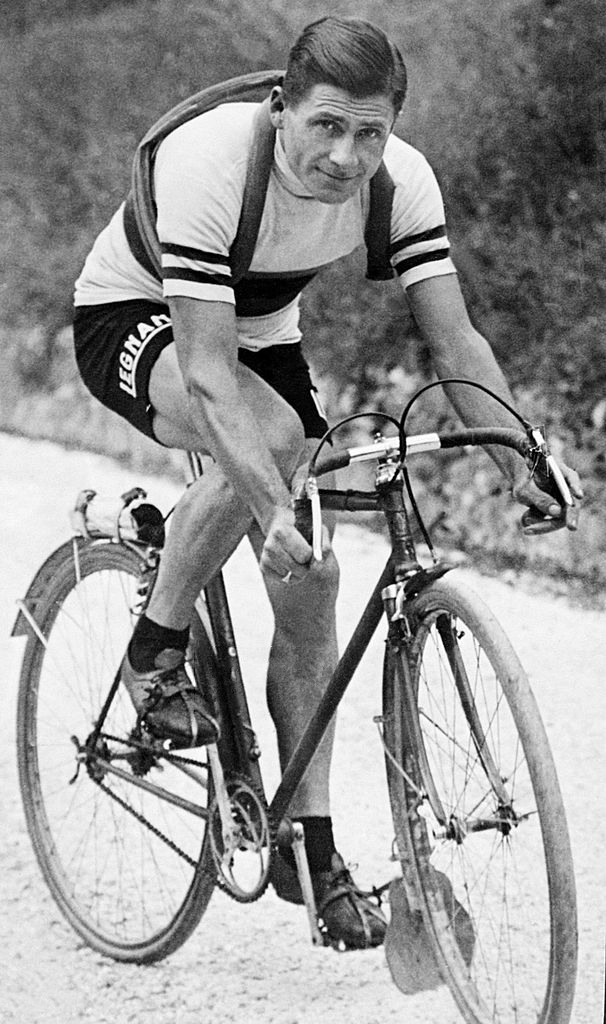 Today’s stage starts in Molfetta just on the outskirts of Bari, the city which saw the first victory of one of the all time greats of Italian and World cycling. The 5th stage of the 1925 Giro was won by a 23 year old Giro debutante named Alfredo Binda, beating the first great campionissimo Costante Girardengo into second place. The race that year was meant to be Girardengo’s swansong and as he was hugely popular most Italy were desperate for Girardengo to win his third and final Giri. As it was, Binda had gained the race lead in the previous stage and held the advantage till Milan beating Girardengo into second place by 4 minutes 58 seconds.

This started Binda’s divisive relationship with the countries cycling fans. His win was hugely unpopular in Italy, not only had the great champion been beaten but some fans thought he was getting usurped by an outsider as they considered Binda to be un-Italian. He was born in the town of Cittiglio in the north of the country but due to the poverty that effected his family he had been forced to move to Nice at a young age to live with an uncle. This was out of necessity to survive but it meant that he spoke with a mix of a rural dialect from his place of birth and French.