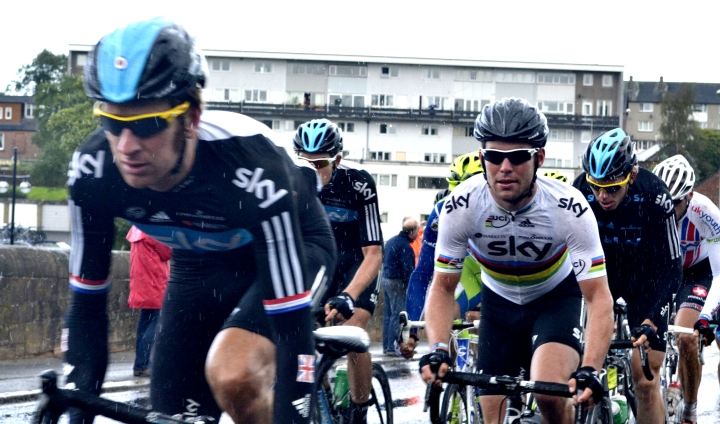 “Time waits for no man, unless said man is in his retirement years. And said man can surely enjoy some peace and tranquility” as the old saying goes. Try telling that to a certain Mr Bradley Wiggins-Sir. In the year and a half since hanging up his bike to leisurely wile away his time at the regattadrome he has had none of the promised calm.

Since the Fancy Bears hack at the Rio Olympics he has had to endure more attacks from the cycling world than he did from Chris Froome in the 2012 Tour. If you mention TUE’s, triamcinilone, Jiffy bags or the Daily Mail to most people only one of those would have them recoiling in terror. But such has been Mr Bradley’s retirement that the mere hint of any of them would have him coming out in cold sweats and resembling a rabid Audi driver. Pictures of all four of them have now been etched onto his retinas and have sent him into some kind of a Clockwork Orange nightmare. However “Wiggo-Sir” has still found the strength for the fight to keep his reputation intact. Even after Mondays damning DCMS report he was out giving his side of the story and it may be the case that he could eventually ride the storm. Years from now he may still have all his titles and judging his legacy will be an exercise in semantics.

That was all true until I got a phone call late last night.

A man who said he wouldn’t identify himself reached me on my private line and said he had information that would eclipse all of the shenanigans that Wiggins-Sir has been involved in and finish him faster than an off-season Jan Ullrich would finish a pie.

I was expecting some information that linked Wiggins-Sir to the old style doping practices of the EPO enthusiasts from the noughties but what I heard was much worse. My contact revealed to me that in the past, during his time at Team Sky, the “Geezer from Ghent” always headed out onto the roads during extremely windy days. This odd practice wasn’t a ploy to get better at riding in echelons but to bag some Strava KOM’s! I was assured that if there was a strong east to west gust then Wiggins-Sir would head in the same direction. What’s more he, allegedly, posted turbo rides which never happened to increase his yearly distance and gain Kudos from his followers.

I was keen to make sure this information was genuine before publishing. After the phone call I listened back over the conversation to try and work out the identity of the source. However the softly spoken monotonous tones soon made me feel sleepy.

A few minutes later the whistle-blower sent me an email. It contained evidence such as strava files and weather reports which pretty much made this an open and shut case but I thought that I should let Mr Bradley Wiggins-Sir have his say too.