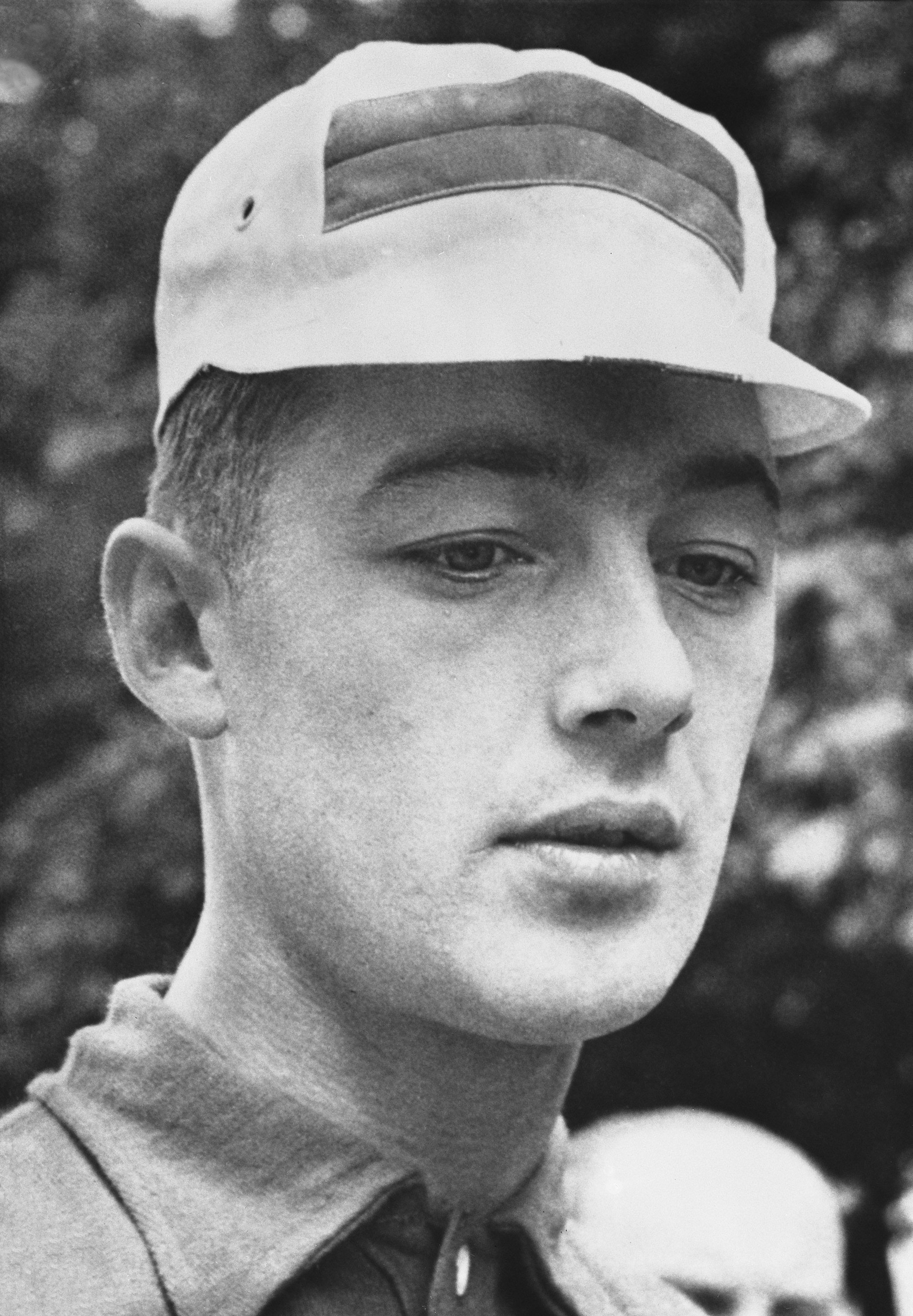 Just after the midpoint of today’s stage the race goes over the category 3 climb the Giovo. Just to the the south is Trento, a city visited by the Giro many times for stage starts and finishes. Trento is also where you would start the climb of Monte Bondone which in 1956 was the end point of one of the most epic stages in Giro history.

Stage 20 was to be the final mountain stage of the 1956 Giro d’Italia and with only two flat days to come it would be clear who the winner of the Maglia Rosa would be atop the Bondone. Only 9 seconds separated  Pasquale Fornara and Cleto Maule in 1st and 2nd and anyone down to Giuseppe Buratti in 8th and 3 minutes 38 seconds back would have been in with a chance of snatching the lead. The day was a long 242 km from Merano and would go over Costalunga, the Rolle and the Brocon before the final climb so there would be plenty of opportunity to put time on rivals.

The pre-race favourites hadn’t been having a good race. Fausto Coppi had crashed out on stage 6 and Fiorenzo Magni, the defending champion, suffered two horrendous crashes. He had broken his left collarbone on stage 12 but decided to doggedly fight on. Before stage 15, a short uphill time trial, the muscles in his left arm were in agony making it almost impossible for him to steer his bike. So his mechanic came up with the crazy idea of tying and inner tube to Magni’s handle bars and getting the Italian to stick the other end between his teeth and steer by yanking his head back at the right moment. I don’t know what is the most surprising, the plan, the fact that Magni went along with it or that it worked. The next day he went down again, broke his upper arm, fainted, came to in an ambulance before getting back on his bike to continue. At the start of stage 20 he was only around 7 minutes behind the leader, remarkable given the circumstances. 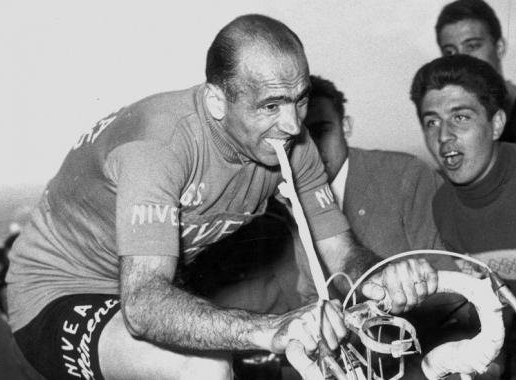 Charly Gaul, the 23 year old climber from Luxembourg making his Giro debut, was also one of the favourites after his third place at the previous years Tour de France. He had picked up two stages but otherwise seemed to be taking things easy and was in 24th, 16 minutes behind Fornara. However, the weather forecast for the run to Monte Bondone was terrible. It was going to be cold, wet and probably snowy but those were the conditions which Gaul thrived in. He confidently told his team he would win the day or give up trying.

The day started as predicted, in terms of the weather. It was so bad in fact that the race director, Vincenzo Torriani was asked to consider cancelling the stage, or at least end it in Trento. He refused as he wanted the conclusion of the race, which he though dull so far, to be a dramatic one.

Once the riders were off Gaul made an early move over the first climb of the day, the Costalunga, with only the Spanish climber Federico Bahamontes able to go with him. They were reeled in on the descent but on the second course, the Rolle, Gaul was off again and this time ‘The Angel Of The Mountains’ was really flying. Near the top he already had 4 minutes on Fornara who was suffering terribly in the conditions. It was a day of highs and lows in many ways for Gaul though as he suffered two punctures in quick succession and by the time he had reached the foot of the third climb, the Brocon, he was 2 minutes behind the leaders.

On the Brocon Gaul again turned on the power and soon caught Fornara before escaping out of sight again. He continued on his way up, passing Magni then Nino De Filippis and only had Bruno Monti ahead of him. At this stage Fornara was 5 minutes back making De Filippis the virtual leader but soon he too started to suffer both physically and mentally in the freezing, windy conditions. He was finding it hard to turn the pedals and after Fornara caught back up with him he’d had enough and got off his bike to be carried to his team car. He wasn’t the only rider to quit that day, only 43 of the 89 starters finished the stage, but Magni with his broken bones ploughed on. He was confused by the sight of abandoned bikes left by riders wanting to abandon the race and seek refuge in houses and team cars. He wouldn’t believe it when he heard Fornara in the Maglia Rosa had also stepped off the bike to shelter in a barn. Magni would say later that if he was in pink he would continue no mater what and you would have to believe him.

By the time Gaul had reached the foot of Bondone he was in the lead and the snow which had stopped for short periods during the stage was there to stay. The blizzard which the Luxembourger could cope with better than anyone could incredibly give him the chance to take the race lead. He carried on with his blistering pace, adding time onto his rivals with each pedal stroke. As he reached the top the clock started on the rest. He was carried off his bike and inside where his frozen jersey had to be cut off. 7 minutes 44 seconds later Giuseppe Fantini crossed the line in 2nd. Gaul was still thawing out and when he was able to open his eyes properly he started screaming that he should have never thrown his leg over a top tube. Eventually the third rider crossed the line, 12 minutes 15 behind Gaul. Amazingly it was Magni who was surprised himself to finish so high up the order.

With more massive time gaps to the rest of the riders it meant that Gaul had gone from out of the top twenty to first in less than half a stage. Magni had jumped up the GC too and found himself second but over 3 minutes behind.

Gaul successfully defended his lead over the next two days to win his first of two Giri but it would be that incredible day in the snow that he would be most remembered for.

Tomorrow – the other side of Magni.