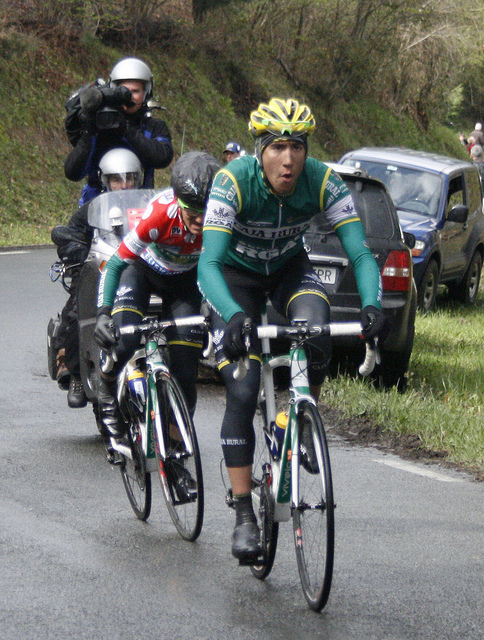 As I was skimming down the start list of the Tour of Catalunya today I had to do a double take about a third the way down. Wearing number 78 for Orica Green-Edge would be the Basque climber Amets Txurruka. I’m positive that I was already aware that the 33 year old had joined the Australian team, as I like to keep up with the transfers in the off season, but seeing things written down in the context of an actual race was still a shock and I’m sure I’ll still be rubbing my eyes in a comical fashion when I see Txurruka in his Green-Edge colours.

Yeah sure, riders move from team to team all the time but there are some examples of a certain type of rider pitching up at a certain type of team that feels so odd that something jolts inside you when you find out and you feel that the universe just won’t be the same place anymore.

Witnessing the start of Txurruka’s Txorica Txadventure (sorry) was exactly one of those occasions of weirdness. After spending his first season as a professional at Barloword, the last ten years have been spent at the Spanish regional teams Euskatel-Euskadi and Caja Rural. So a Basque, who is well into his twilight years, moving to an Australian team with a strong identity of having riders from the colonies will always strike me as bizarre every time I see him now.

But with cycling at a stage where old stalwarts are getting ready to retire and the new generation are trying to better themselves, there have been plenty of other strange moves which are curious for different reasons.

While Txurruka might at best be described as a breakaway rider, two big GC riders have also made big career moves, both of them going to the Cannondale team. One move is similar to Txurruka’s ‘out of the box’ nature of transfer and one will surprise me visually. Rigoberto Uran may be joining his 6th professional team but since 2008 he has been in kit who’s primary colour is black so seeing him in green is quite hard to take in. His now team mate Pierre Roland is no stranger to green but he is a rider who you associate with a particular team. He and Thomas Voeckler were Europcar for many years so seeing CPT instead of EUC next to his name is bananas. After winning the white jersey in the 2011 tour his three top 10 finishes at the Tour and his 4th spot in his only Giro are seen as a bit of a disappointment in France which is perhaps why he has joined the USA licenced team.

On the way out of Cannondale is Dan Martin who has gone to Etixx Quick-Step. After so many years at Slipstream Sports and its many guises he has taken the bold move of joining a Belgium team. Luckily he seems to have fitted in quite quickly. He could benefit from the move and improve his already impressive palmares but more importantly if he seems at ease racing for Etixx then my confusion when watching him may diminish.

Movistar also have two surprising new recruits. Firstly Carlos Betancur. Although only 26 (years old, not stones) he seems to have been at Ag2r forever. Seeing him at the top Spanish team will be weird but in fairness just seeing him racing at all feels perplexing. Joining him, and after 5 years at Katusha, Daniel Moreno returns to his home country. As well as no longer wearing the Katusha red and white, something will feel wrong about watching him as something other than Joaquim Rodriguez’s key lieutenant.

Purito need not worry though as Jurgen Van Den Broek has inexplicably left the Lotto setup to lend a helping hand to him in the Grand Tours. This is a bizarre one. However once he starts to flatter to deceive in a Grand Tour I may feel that the stars have realigned.

Having said all this, when the time comes, I have no idea how i’m going to feel and react when I see Laurens Ten Dam slobbering over his Giant Alpecin kit after the 8 years of Rabobank to NL Jumbo drool. 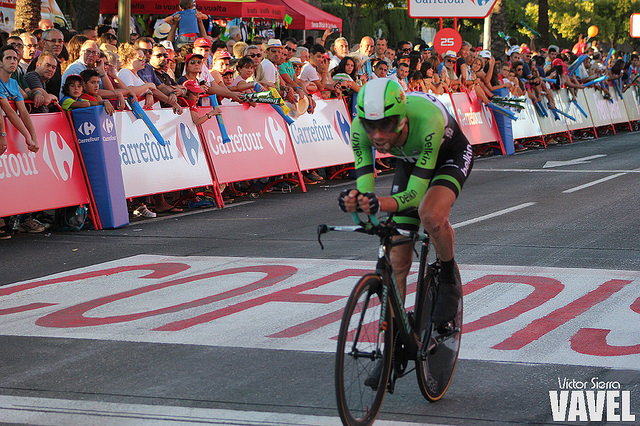