Today’s stage took place mainly in the Pendle district of England. Famous for its mint cake, Pendle is also known for ‘The Pendle Witch Trials’ know locally as ‘The Race of Truth’. This quite macabre tale tells of 10 local folk being found guilty of practicing witchcraft! Pah, it’s all hocus pocus if you ask me! Seriously though, Mr Bradley Wiggins-Sir said that Mr Chris Froomes good wife should have probably be tried as a witch. By jingos! What a way to talk about a lady!
The day had three climbs. The first, called Nick O’Pendle, was where a certain Mr Chris Boardman won the national hill climb championships in 1988 and the last was named Pendle Big End in his honour.
After yesterday’s victory for Eli Viviani I decided to ask one of his team mates what were the reasons for Team Sky’s  recent successes. He told me it was because there was no I in Team Sky, and then muttered something about “since Paris Roubaix”.
The finish town of Colne is famous for its cotton industry as the climate is perfect for the growing of cotton.
Peter Vakoc of EQS won the stage, John Lobato was second and Edward Bosan Hagen of MTNQ was third. Vakoc leads the GC. 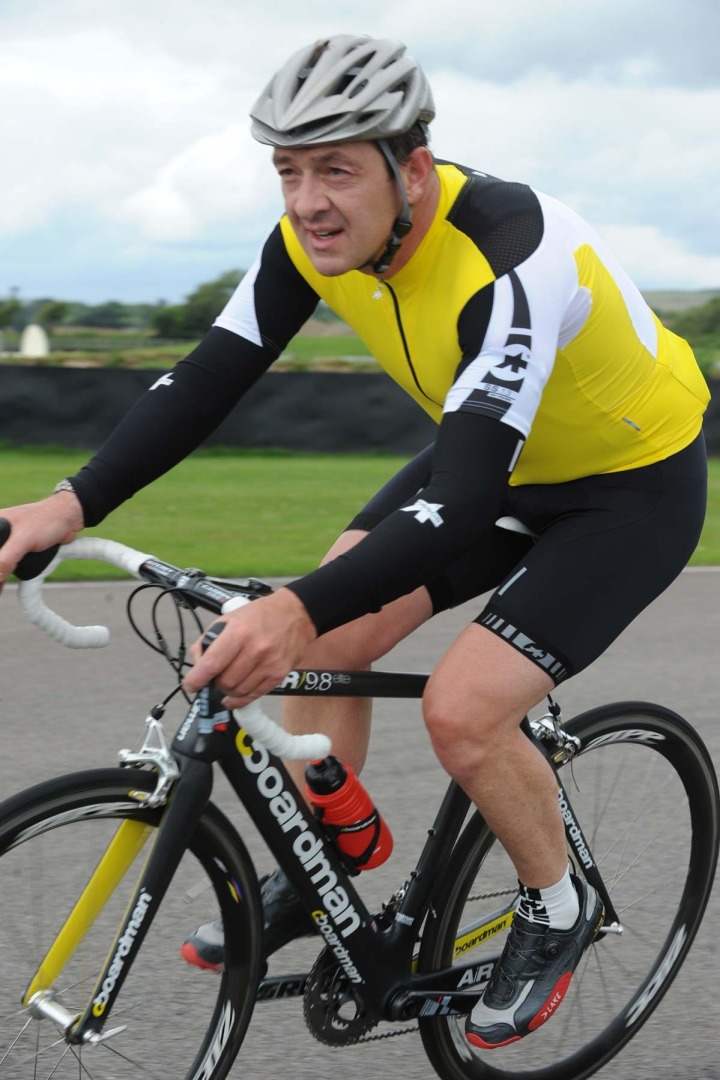 One thought on “Stage 2. Clitheroe to Colne.”